The Audacity of Rock: Part 35

A case study to bring back the rock flute.

Much like everything else that was good in fashion, film, and ethics, the 80s swept away the rock flute. The flute now remains a forgotten relic of folkier times in rock 'n' roll, laying waste in the hands of gossipy girls in the high school marching band. Let's reminisce about the good times, and prove that this is an instrument that deserves to come back.

I love everything about this band: the silk shirts, Steve Winwood's blank eyes, the blue sports jacket, the maracas, and most of all the flute.

When used with gritty vocals and a slide guitar, a flute sounds incredibly earthy.

I'm pretty sure I see this guy on the street daily in Seattle, so where's the rock flute?
"The Musical Box" by Genesis (1972 on Belgian TV)
A flute can make a creepy fairy tale even more haunting. The (prog) rock flute starts at the 1:20 musical break. I recommend sticking this song out to the end. It is transcendent.

Did you stick around for grope-y Peter Gabriel?
"Everyone" by Van Morrison (off the 1970 album Moondance)
Last, a rock flute can make a song sound madrigally celebratory.

1. How awesome is the rock flute?
2. What instrument would you like to see make a comeback?
Posted by Kelsy at Monday, May 31, 2010 No comments:

The one book I've managed to read this month is, shockingly, a YA book. I was interested in Howl's Moving Castle after watching the Miyazaki film of the same name, mostly because parts of that movie just do not make sense. Do things make more sense in the book? Mostly. But without Joe Hisaishi's romantic waltz of a score and Studio Ghibli's magical animation, the novel turns out to be a fairly innocuous coming-of-age tale.

Sophie Hatter is the oldest sister of three. She's resigned herself to a mundane, frumpy life in a hat shop, secure in the knowledge that only bad things happen when the eldest seeks out her fortune. Her life is interrupted when she offends the Witch of the Waste in a rare bout of sauciness. The witch ages Sophie's body to that of a 90-year-old. Sophie flees the hat shop and finds herself more confident with herself, knowing that people forgive the actions of old people. She finds shelter from a threatening looking scarecrow in the feared wizard Howl's castle.

She soon finds out Howl's reputation is to ward off unwanted attention and that the real Howl is "slither-outer" young man. I think we've all met that guy: the 20-something with potential, but a desire to do as little as possible. So yeah. Adventures ensue as Howl is also under a curse from the Witch of the Waste, and Sophie gets to know Howl's apprentice, Michael, and Howl's fire demon, Calcifer, better. And then she's trying to keep her younger sisters safe as best she can.

It's not a spectacular novel, but it's fun. It somehow took me a month to read, but that was more out of pure busy-ness rather than disinterest. It's a great story about not giving up on yourself not doing anything or trying to get out of things you know you should do. The mythology of the story is fairly easy to follow, and you know I love some romance tossed in, too. Nice, light reading.
Posted by Kelsy at Sunday, May 30, 2010 No comments:

Party Down
All the pain of The Office UK, this time with failed actors in a catering business.
Parks and Recreation
Magnificent mustache.
"Cubism Dream" by Local Natives
Apparently the lead singer's first name is Kelcey. Approved.
Adventure Time with Finn and Jake

This clip is probably only hilarious in the context of the show. Viewed on a Friday afternoon. With a 4th grader. While you're half-napping.
Posted by Kelsy at Sunday, May 23, 2010 1 comment:

Do they make something wonderful out of being alive?

"Rainy Day Women #12 & 35" is an absolutely ridiculous song with a strip-tease beat. Found on Dylan's 1966 album Blonde on Blonde, I'm pretty sure none of the musicians on the record are sober.


I love the laughing through the singing thing though.

A 1991 cover by the classically rock and roll Black Crowes:


No really, could they be more rock 'n' roll?

Fellow old-man, talk singer Tom Petty does a rendition in 1992


That guitarist almost looks familiar. Should I know who that is?

Apparently a version by the Beatles. It's quite short:

And for pure obscurity, "Pietre" by Antoine. It's not a straight cover, but it was influenced by "Rainy Day Women." Probably. Google translation is tricky. 1967 in Italy: 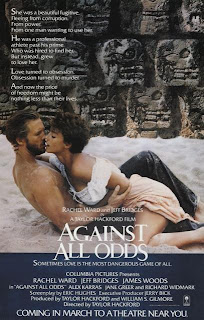 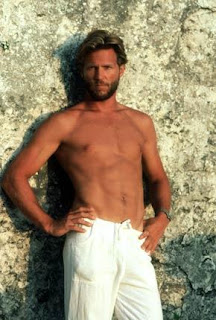 Medley of the Day: Sun worship

It's sunny in the Pacific Northwest today, which means it is both gorgeous and not raining. In celebration, have a medley.


Also, does the lead singer looks like a more adorable version of mustachioed Freddie Mercury, or am I just obsessed with Freddie Mercury and mustaches?

But what if you want a made up, pseudo-Romance language to describe your love of the sun? "Sun King" from The Beatles' Abbey Road (1969):

Go outside already.
Posted by Kelsy at Thursday, May 13, 2010 No comments:

Email ThisBlogThis!Share to TwitterShare to FacebookShare to Pinterest
Labels: Local Natives, Medley of the day, music, The Beatles, Yeasayer

is completely on the inherent charisma of its actors. RDJ is always magic, Mickey Rourke was appropriately grizzled, and Don Cheadle and Gwyneth Paltrow were reliably spot on in their character's reactions to Tony Stark. Even Sam Rockwell made the not-quite-as-awesome-as-Tony-Stark Justin Hammer so interesting, I almost liked him, even at his whiniest. 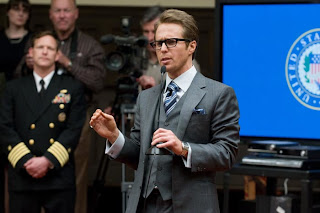 Also, fabulous 3-piece suits.
My one complaint: Scarlett Johansson. She lacks an on-screen present needed to meet the enormity of her castmates' presence and the film's genre. Frankly, she does better in small films that focus on reigned in performances, and that's fine. Really, her casting is another example of Hollywood giving undeserving young actresses roles that they can't live up to. I like to think of it as Winona Ryder Syndrome. She was great in quirky and spunky roles with modern sensibilities (I even include Little Women here), but faded into the background in the big-name directed and big-presence acted Dracula and The Age of Innocence.
Really, where are all the fun actresses with lots of personality and presence? Why does Hollywood always rely on young talent that doesn't necessarily bring the goods, acting-wise?
Posted by Kelsy at Saturday, May 08, 2010 2 comments:

Email ThisBlogThis!Share to TwitterShare to FacebookShare to Pinterest
Labels: film

I'm mildly obsessed with Joe Esposito's hit song "You're the Best Around," the theme song from The Karate Kid (1984). It's just so damn catchy:
And then I thought I would never love the song more than when used for a working-out-and-taking-steroids montage on It's Always Sunny in Philadelphia (lame YouTube pulled that sweet clip).
But then I saw its best usage yet: The King on Kong: A Fistful of Quarters (2007). The fantastic documentary perfectly sets up the reigning champion of the original Donkey Kong, Billy Mitchell, against an up-and-comer who's always been short of greatness his whole life, Steve Wiebe. The immersion into the gaming world is surprisingly engaging, and you ultimately root for the underdog, even if he doesn't have a head of glorious locks. Honestly, you can't make this stuff up.
Anyway, the moment in the documentary when this song started playing, I knew this was one of the greatest films I had ever seen. In dedication to this great work, I embed somebody's Steve Wiebe fan video with the classic song itself:
Seriously. Awesome.
Posted by Kelsy at Friday, May 07, 2010 1 comment:

Everyone covers Dylan: "Tangled Up in Blue"

Inspired by Cubism, "Tangled Up in Blue" attempts to defy time and to bring multiple perspectives into one song. All I know is that it paints a lovely picture. It was released as a single on the 1975 album, Blood on the Tracks.


1974 performance in which Bob Dylan has a case of cocaine face:


No really, what's on his face?

The Indigo Girls from their live album, 1200 Curfews (1995). I love how the words sound coming from women:


Sorry it cuts off early. It's lovely.


I wish I liked her original work as much as I like her covers.

In which I talk about The Thorn Birds

I read The Thorn Birds my junior year of high school in a Vicodin-addled fit of AP test studying procrastination*. Needless to say, I loved the forbidden romance between a priest and the woman he helped raise. In the outback of Australia. In the early 20th Century. Truth, my favorite part of the book was the last part with the cast-off daughter Justine and her German lover, but you can't beat a good star-crossed romance. Especially when it's turned into an epically awfsome miniseries.

Now, I bought the miniseries about 5 years ago and have only made it all the way through once. Today, my roommate was watching disc 2, and I remembered why it was so great:


Does it blow anyone else's mind that Richard Chamberlain is almost 50 here? Seriously.

Right? RIGHT? Just when you couldn't get any campier, it DOES. And boy, does that barn see a lot of action.